Turning a Reputational Crisis Into a Movement 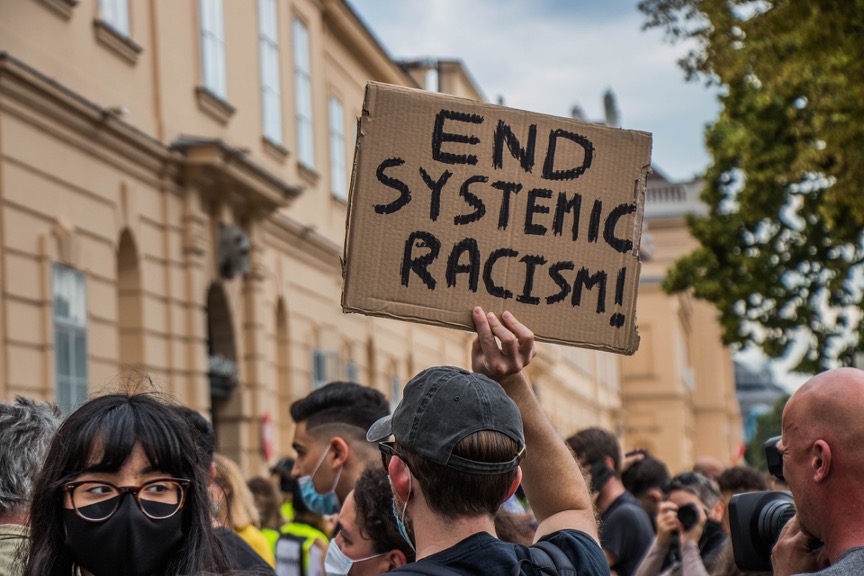 Turning a Reputational Crisis Into a Movement

Most leaders in the business world know both what reputational crisis’s and movements are. A crisis on its own doesn’t lead to a movement, though, and only few know how to turn a reputational crisis into a movement. Recent political and social dynamics have once again shown, how a crisis turns into a movement: Black Lives Matter. While this might be one of the most important movements ever, history teaches us that there are three ways on how such reactions can be triggered.

The protagonist from Wag the Dog who knows a thing or two about movements tried to explain emphatically saying: “We remember the slogans; we can't even remember the wars. (…) Naked girl covered in Napalm. 'V for Victory'. Five Marines raising the flag, Mt. Suribachi. You remember the picture 50 years from now, you'll have forgotten the war.”1 In many ways the protagonist of the film was right. The historical course of events, reasons or details of those wars are almost forgotten by the majority, whereas the impact of the movement triggered by these symbols is eternal. When we analyze history, we find that all those crisis-to-movement developments can be assigned to either of three typologies:

Type A: turning an own reputational crisis into a movement

Throughout history, there are examples of how not just a general crisis but also an organization’s own crisis can be turned into a movement. Movements need not necessarily be global. They can be local, too.

Case in point: Globe Air in Basel, Switzerland, one of the world’s art capitals.

In April 1967, a disaster befell on Switzerland’s biggest charter airline at the time, Globe Air. One of their airplanes crashed in a thunderstorm close to Nicosia, Cyprus. As a result, 126, mostly Swiss, passengers died. One of the pilots had insufficient training on the aircraft and both of the pilots had violated the limits on operating hours. The owners of the airline – who were connected to Basel – were sued severely but they didn’t have enough insurance to pay the victims. The only way to pay was through selling their art. When word got out about the art being sold urgently to new owners outside of Basel in order to fund the claims, the people of Basel became deeply proprietary about it.

The city took the decision to let the people vote about the rising tension over letting go of many valued pieces of art. As Simon de Pury, the Swiss auctioneer, wrote: “What followed was one of the most colorful campaigns in history. Politicians dressed as harlequins to get out the vote. There were huge street fairs. (…) bands played “All You Need is Picasso,” to the Beatles’ “All You Need is Love.” People wore “I Like Pablo” badges, evoking the “I Like Ike” buttons of the Eisenhower presidential campaigns in America. (…) It was the first time in democratic history that a city had voted for art in this way. This was Basel’s finest hour.”4

The movement resonated strongly. Even Picasso himself was so touched by the spirit of the locals that he donated four more paintings to the Kunstmuseum. It then inspired avid patrons of the art to make donations, too. As a result of all of this, the Globe Air tragedy was turned into a triumphant movement for the history of Basel. It wasn’t a general crisis but an organization’s own financial and reputational crisis that was transformed into a movement. This is a typical example of Type A.

Type B: turning a general reputational crisis into a movement

Black Lives Matter, for example, may be the largest movement in US history. Recent polls suggest that about 15 million to 26 million people in the U.S. have participated in recent protests.2 Black Lives Matter was founded back in 2013 and yet the majority of the world didn’t know about it until very recently - when it became a global movement. The moment of crisis was triggered by the lethal police brutality against African American George Floyd. However, the moment when the movement began was after those black screens were posted all over social media and even more so by the image of the huge graffiti art that went viral all over the world. Songs, video clips, documentaries, articles, posters were spread... “I can’t breathe!” were his last words that will never be forgotten. This is a typical example of Type B.

The Reverse Effect: Type C (turning a movement into a crisis)

We all witnessed how Black Lives Matter turned the on-going crisis in the US into a global movement beyond the US. The reverse effect (Type C) demonstrates how the very movement turned into a potential crisis for brands.

Today, brands such as Adidas, Nike, YouTube, Amazon and Netflix have been expressing solidarity with the Black Lives Matter movement. Johnson & Johnson has announced it is to stop selling its skin-whitening Clean & Clear Fairness line of products, which are marketed in India, Reuters reports. Quaker Oats says it will change the branding and name of its Aunt Jemima pancake. Colgate-Palmolive is the latest brand to announce change, saying it will review the name of its toothpaste Darlie – labelled “Darkie” up until 1989 – which in Chinese means “Black People Toothpaste”.3 Cass Business School, a university in London, is changing its name because of its associations with Sir John Cass, a 17th Century merchant and proponent of slavery. These are typical examples of Type C.

A crisis usually doesn’t turn into a movement by itself. The missing link is the collective, perhaps even creative, response to a crisis – this is what turns or spins it into a movement.

Any organization (business, state or government) should have adequate monitoring systems in place in order to rapidly grasp dynamics. These generally include a combination of active media monitoring, social media listening tools and semantic tools to analyze tonality and direction of an evolving crisis

No reality is ever as planned. But having a plan, a structure and the capability in place that allows an organization to deal with an evolving situation rapidly and in the most efficient manner possible. Developing an awareness of how reputational strategies are pro-actively built over time is an important steppingstone.

Not every crisis is avoidable, and not for every crisis is there a positive net effect for an organization. However, the outcome and resilience (i.e. the ability to ‘bounce back’) are very closely correlated to how a crisis is managed in the first place and this, in turn, is something that should feature in every leader's curriculum.

If you would like to learn more about what chances and threats your company may have in the current situation please get in touch with our team, we are happy to help you.